Let me introduce myself. 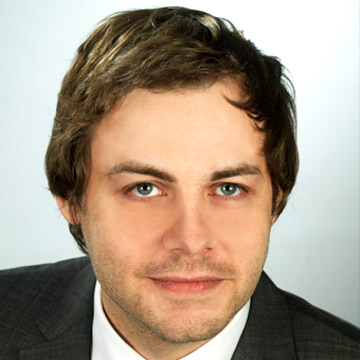 Since 1998 I've been working as an entrepreneur and consultant in various fields. Initially, my startup idea was based on the transformation of cinema advertisement to a digitally produced, distributed and controlled format. This business plan included all aspects (technical, financial, management).

As a motivated computer enthusiast I made my way thru video postproduction, media production onwards to software development in the online gaming industry. In 2001, when I was working as a consultant for the sysis ag based in Vienna, we won the Austrian State Award (government) for the Xmas Agent - a recommendation agent based on artificial intelligence, data mining and user profiling.

The years that followed were mainly dedicated to software development, knowledge management and consulting services. After the military service, the need for something new arose and so I opened two venues in the Tyrolean Alps and trained myself as event manager for two years. It happened to be a very intense time.

The bwin company asked me to return to my consulting, software development business and assigned me to the Eli v2 development team - the enhanced live betting interface - which was rated amongst the top 10 websites created with Adobe Flash Technology (GUI). Later on the same company asked me to improve their project management process (scurm, XP) in the build- and configurations management field.

Since then I've been working as a consultant for software development and agile project management. All over the years I kept the attitude of writing business plans to glimpse into the future. Dozens of concepts have been created and were most appreciated among my clients.

In 2014 I decided to improve my academic knowledge and certification by taking a full-time MBA course in partnership with the Middlesex University London. Alongside the business related MBA course, I passed several industry standard certifications and continued on to major in Computer Science (MSc) at the University of Hertfordshire with distinction.

The Deutsche Bank AG relied on my services during a time of massive transformation. I was entrusted with the transformation of a major department towards DevOps and agile development. On budget, on time!

I'd Love To Hear From You.

Where to find me